Soy: What Every Man Needs to Know

Though soy is commonly touted as a great addition to a healthy diet, some evidence suggests going overboard could result in somenegative side effects for men. (Man boobs, anyone?) But fret not, soy enthusiasts! Studies suggest gulping down a glass of soy milk or munching on that edamame — in moderation — likely doesn’t have feminizing effects for men .

Soyz II Men — Why It Matters 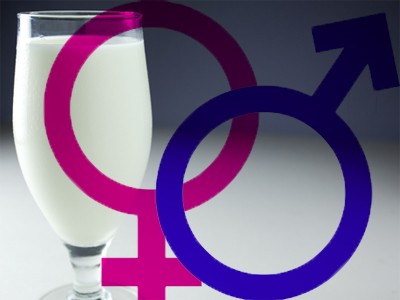 Native to Southeast Asia, the soybean has long been promoted for its high protein content and numerous otherhealth benefits. Soy’s cancer-prevention properties stem from isoflavones, plant estrogens that mimic the estrogen produced in humans. But while researchers have expressed concern that consuming these estrogens might lower testosterone levels, decrease sperm count, or even contribute to male breast formation, studies suggest moderate quantities of soy do not significantly affect hormone levels in men . But watch out, swimmers (not you, Phelps)! Although sperm motility and speed go unaffected, higher consumption of soy products has been associated with lower sperm concentration and slight hormonal changes in men, though not at a level that would dramatically affect fertility .

Besides supposedly being suitable for consumption by even the manliest of men, soy has been linked to lower cholesterol levelsand blood pressure, osteoporosis prevention, and a reduced riskof prostate cancer . Soy bueno!

Tofu Or Not Tofu — The Answer/Debate

Soy-rry naysayers, looks like men can consume soy (in moderation) without worrying about their cup size. But before replacing that moo-juice with soy milk, be aware that very high consumption of soy products (the equivalent of more than three quarts of soymilk per day) could lead to increased estrogen levels in the body and hence some feminizing effects . And while more research is needed to determine the extent of such side effects — which likely differ among individuals — limiting intake of soy-heavy foods to no more than a few servings per day should keep men in the clear .

So don’t worry about that daily soy latte, but maybe refrain from ordering one every hour.